Available all year from:

The sanddab is one of California’s better-kept seafood secrets. The catch is small, not because of a shortage of fish, but because sand dabs traditionally have been available only in restaurants. Sand dabs inhabit the Pacific from Alaska to Central America, but the commercial fishing is restricted to the Pacific coast.

Sanddabs have a delicate, sweet flavor unmatched by any other Pacific flatfish. They are generally sold whole. These fish are pan-dressed (headed and gutted), then pan-fried or grilled with the bone in so the meat stays moist and juicy.

Scales Need Not Be Removed

2 to 3 tablespoons oil or clarified butter

Mix eggs and milk together in bowl. Dredge each fish in flour, then dip into egg-milk mixture and cover with bread crumbs. Arrange on sheet of wax paper next to stove. 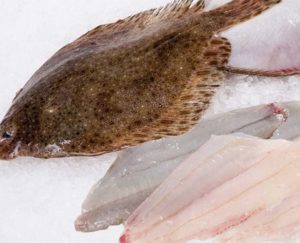