The Dory Fishing Fleet and Market is a beachside fishing cooperative located in the city of Newport Beach, California. It was founded in 1891 at the base of what was then McFadden Wharf, now known as the Newport Pier. The Dory Fleet, a registered historical landmark, is considered the last beachside cooperative of its kind in the United States.

The market has seen its share of ups and downs. Two of its members have been lost at sea, and tight new regulations designed to protect some overfished species have made it tough for fishermen to make a living. But today, the market is thriving, and so are the hardy survivors who make it happen.

The Dory Fleet Market had its beginning in late 1891 when an enterprising fisherman tired of selling his fish to the wholesalers began marketing to the public on the beach. The Dory Fleet Market, located alongside the Newport Pier, still has its unique Old World charm. This unique market makes one reflect on an era when life was simpler. The Newport Beach Historical Society recognized the fleet as a permanent local historical landmark dedicated June of 1969.

A group of dory fishermen subleases a section of beach property from the McFaddens, who had been granted a lumber operations lease by Southern Pacific Railroad.

Dory fishermen build a marketplace on the north side of Newport Pier.

The dory fishermen and their families rebuild the fleet. The current area to the right of Newport Pier includes a boardwalk, fishermen’s lockers, dory boats and wooden stands for weighing and selling fish. 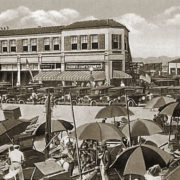 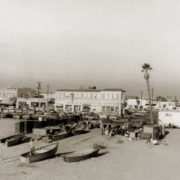 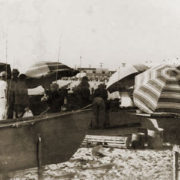 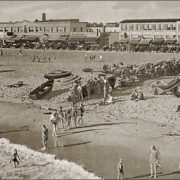 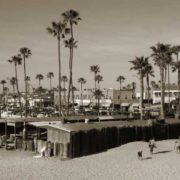 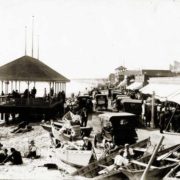 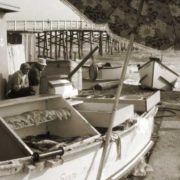 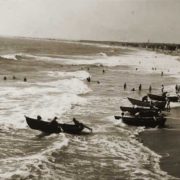 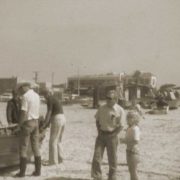 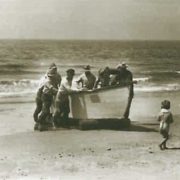 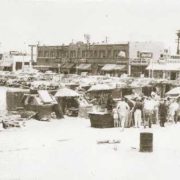 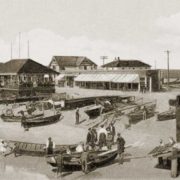 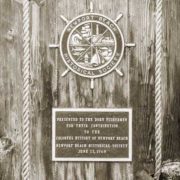 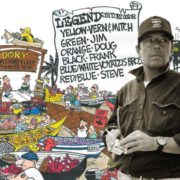 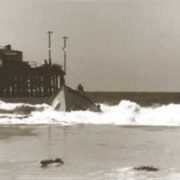 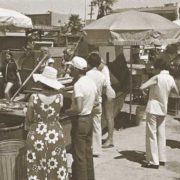 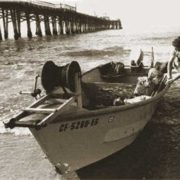 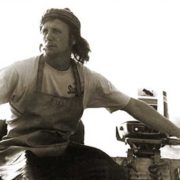 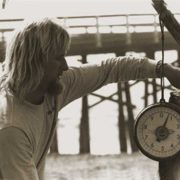